Seat Belt Use and Benefits (Including Child Restraints) 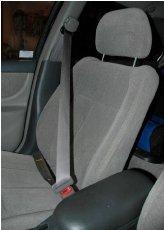 The question is often asked, “Was the occupant wearing his/her seat belt?”. Seat belts are crucial safety devices in automobiles as they restrain one’s body into the seat. Seat belt use limits the body’s excursion from the seat and thereby the potential for injuries. In addition, seat belt use virtually eliminates the possibility of ejection from the vehicle. Ejection from a vehicle is a violent process and usually results in severe injuries or death. Loading marks will manifest on seat belt hardware for a belted occupant if the collision is of sufficient severity and the occupant is of sufficient mass. In this case, by closely examining the seat belt hardware, the condition of the vehicle interior (for occupant damage) and considering the occupant’s injuries, we can determine whether an occupant was seat belted or not. 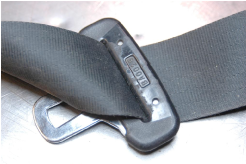 If an occupant is not belted, the next question is, “Would seat belt use have prevented his/her injuries?”. Our Engineers are experts in vehicle accidents, but are not medical experts. As such, we cannot address specific injuries. However, determining the occupant kinematics (direction of motion) is part of the accident reconstruction field. Therefore, we can tell you what direction an occupant would tend to move in a collision and as such, we can identify likely contact between an occupant and the vehicle interior. For example, if a vehicle is T-boned on the passenger’s side, the driver would tend to move towards the passenger’s side. If not belted, the driver would strike the passenger’s side door if the impact severity was of sufficient magnitude. Thus, it can be said that if the driver had been properly seat belted, he/she would not have struck the passenger’s side door and therefore would not have sustained any injuries associated with this door contact.

Child restraints can also be examined to ensure they were properly installed in the vehicle at the time and whether the child was seat belted. Depending on the collision severity and the size of the child, loading marks may or may not appear on the child seat or vehicle seat belts (or Universal Anchor System). This is because the light mass of children requires a higher severity for loading marks to appear on seat belt hardware. Conversely, heavier occupants would tend to leave loading marks on seat belt hardware at lower impact severities.